There has been a little conversation between myself and Edna St. Vincent Millay’s speaker in “Second Fig” for months now. Sometimes I would forget to think or talk to her for days or even weeks, then run into her riding the shades of a slow afternoon or merging with the shadows of an eerie night. Most recently, though, I have been finding her lisping within conversations shared with others and reading her on pages here and there. The thing is, often, in polite society, we speak only of our minor headaches in such ways that arouse neither genuine pity nor concern for our wellbeing but shine a dim light on our shared struggles in the search of infinite satiation. And this is why the lines of “Second Fig” are irritating––they are shamelessly honest. They can even be called coarse in that they seem to mock and brag simultaneously without apology. The interest of this commentary is to try and translate the lines and pinpoint the way in which they can be deemed offensive and whether or not it is even necessary for the speaker to have formed them.

Of obvious merit are the words safe, solid, rock, ugly and houses in the first line which reads, “Safe upon the solid rock the ugly houses stand.” Although one might argue that the line is merely an opinion, a slow rumination of the choice words expresses that the speaker’s perspective rests on viable observation. The rock is a symbol of longevity, some would even say permanence––as permanent as any material object can be in a transient world. And the speaker seems even redundant in her further description of the rock as solid. But in so doing produces an analyze of the material, the rock, as true to its hardened nature. Hence even as an opinion, one may argue that the first half of the line is a conclusion reached through verifiable observation.

It is the second part of the line which shocks and seems highly opinionated. The spike rises in the word, ugly. A discernment with a sharp enough edge to wound any who is defensive of the notion that to build one’s lifestyle on anything but solid rock-like foundation is sheer foolishness. The word, ugly, then is that which opens the door for a dramatic sweep of uncomfortable silence. Ugly could refer to anything from the unappealing to the repulsive to the objectionable. Thus the word ugly transforms the first line of “Second Fig” into a judgement on a way of life––it deems it unattractive. It is noteworthy that it is not just a house that stands on the mass of firm foundation but “houses,” which can be read as imagery for the conventional. Also it would not be superfluous to be reminded that houses are built to the taste of those who commission them to satisfy their lifestyles. Hence in declaring these buildings ugly, the speaker is also renouncing the lifestyle of these house dwellers. And this is the core offense in the poem.

In the second line the speaker proclaims, “Come and see my shinning palace built upon the sand!” Unlike the first line that started with an observation, the second line starts with an invitation. The first word, come, is warm in its attempt to bridge the speaker and her addressed. The first half of the line also exude pride. As if the speaker is eager to show off her glowing castle! Thus it sounds almost as appalling as her judgment from the previous line. And yet these words would only sting those who find a need to envy her. It would also offend merely those who are not as satisfied with their lifestyle as the speaker seems to be with hers. One can claim that it is not farfetched to say the fulfilled receiver of the speaker’s words would find within them genuine warmth and gladly welcome the opportunity to see for themselves that which is announced so fantastically. It is also worth noting that whereas the foundation of a dweller's abode seems to be of the most merit in the first line of the poem, the second line shows a preference for affability and individuality.

However, like the first line, the latter phrase of the second line also branches off onto a path of surprise or even contradiction––the festive glistening abode is merely “built upon the sand!”  And why is this? Is the speaker foolish or extravagant? These questions are answered by the first line. Yes, the speaker understands the security that building on a solid rock gives a house, but she abandons such a foundation despite the stability fostered, for she has found it more satisfying to build on sand.

It is quiet likely that the dwellers of the solid rock abodes value more the unyieldingness of a foundation, to mesmerizing palaces that rise perilously on instability. And perhaps the rock dwellers also lack the ability to live, as the sand dweller does, outside a perpetual state of anxiety and with full appreciation for an ephemeral foundation.

What is controversial about the poem is that it surfs the fine line between courtesy and incivility. Yes, I have observed and can appreciate your conventional values, the speaker seems to be saying, yet I find them unsatisfying; you are invited, however, to come and have a look at my eccentric and ephemeral preferred way of living.

My struggle with this poem has been whether or not it is at all necessary for the sand builder to compare with those of the solid rock; and whether it is necessary for the speaker to even voice her understanding? And it seems that in a world of seemingly opposites, comparison is unavoidable, yet when used in an objective manner it can be useful in helping one identify that which is most suitable for one, from that which is least so. On whether or not it is necessary for the speaker to divulge her stand, I suppose this is dependent on the situation in which one finds oneself.
It is becoming apparent to me that it is quite challenging and sometimes seemingly impossible to show to another that which they are blind to. Also, it seems that the more one surrenders to one’s self––i.e. becomes more interested in discovering, from within, one's self––the more obvious it becomes that certain things cannot be explained. With this knowledge, the desire to express in words what can only be experienced starts to crumble.

PJ said…
Love your take on this. Second fig had hung in my grandmother’s beach house for as long as I can remember and every time I see this poem those lovely memories well up. Thank you
July 10, 2020 at 1:48 PM

Jane Odartey said…
And thank you for the beautiful comment. I am trying to imagine what it would be like to have lived with the poem as you've done...
January 12, 2021 at 3:40 PM 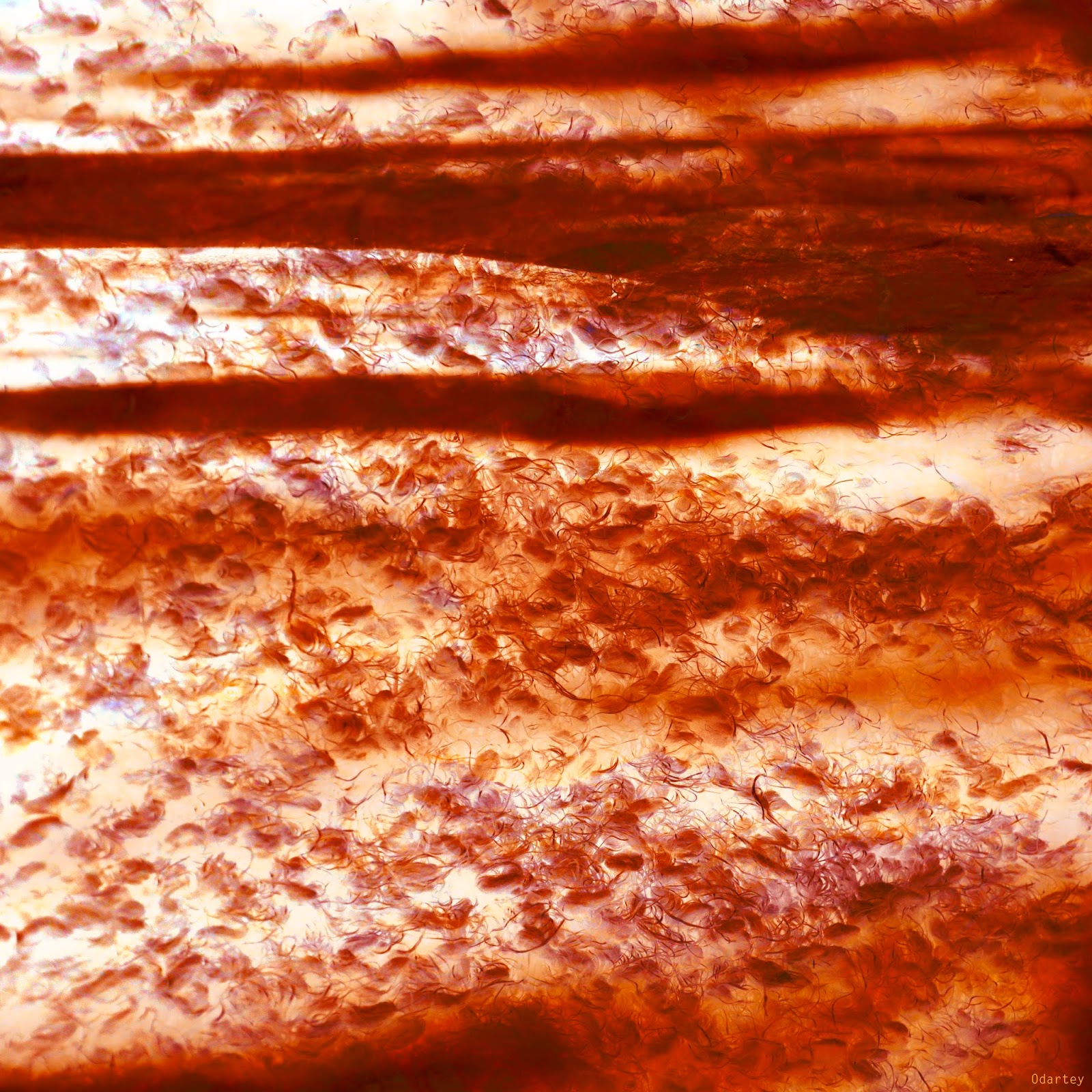 Substance, Shadow, and Spirit  by T'ao Ch'ien Noble or base, wise or stupid, none but cling tenaciously to life. This is a great delusion. I have put in the strongest terms the complaint of Substance and Shadow and then, to resolve the matter, have made Spirit the spokesman for naturalness. Those who share my tastes will all get what I am driving at.  I Substance to Shadow Earth and heaven endure forever, Streams and mountains never change. Plants observe a constant rhythm, Withered by frost, by dew restored. But man, most sentient being of all, In this is not their equal. He is present here in the world today, Then leaves abruptly, to return no more. No one marks there's one man less–– Not even friends and family think of him; The things that he once used are all that's left To catch their eye and move them to grief. I have no way to transcend change, That it must be, I no longer doubt. I hope you will take my advice: When wine is o
Keep reading

It's been prominent on my mind these past few months that we almost never get sufficient gratitude from where we invest our immense acts of kindness, nor do we get enough from those we expect so much from. Not that we always want something back when we give, but it seems to me that, a lot of times when I give somewhere, I get from another: an unexpected someone. This is a beautiful thing. It certainly encourages that we give without expecting anything from those we do so with; that we wait to be surprised by them that the Universe so chooses to give back to us, when it's our turn to be helped.  [ Art Work by Sue Forey of SueForeyfiberart  on Etsy ] Working in a place that encouraged tipping, I was often surprised, and not often amused that the customers who demanded more than their money's worth, and who recieved far greater service than is the norm, were often those who demanded even more, left unsatisfied, and left the tip jar empty, or with a quarter or two. And th
Keep reading

Crazy Jane Talks with the Bishop  by William Butler Yeats I met the Bishop on the road And much said he and I. `Those breasts are flat and fallen now Those veins must soon be dry; Live in a heavenly mansion, Not in some foul sty.' `Fair and foul are near of kin, And fair needs foul,' I cried. 'My friends are gone, but that's a truth Nor grave nor bed denied, Learned in bodily lowliness And in the heart's pride. `A woman can be proud and stiff When on love intent; But Love has pitched his mansion in The place of excrement; For nothing can be sole or whole That has not been rent.' --- [Edited 2/17/2021]  ---  William Butler Yeats’ "Crazy Jane Talks With the Bishop" is one of my favorite poems. The humor and wit is excellent and give one much to chew on. The interest of this analysis is to try and decipher whether Jane, Yeat's persona, is indeed crazy or mistakenly identified as such.  The title expresses that one “Crazy
Keep reading