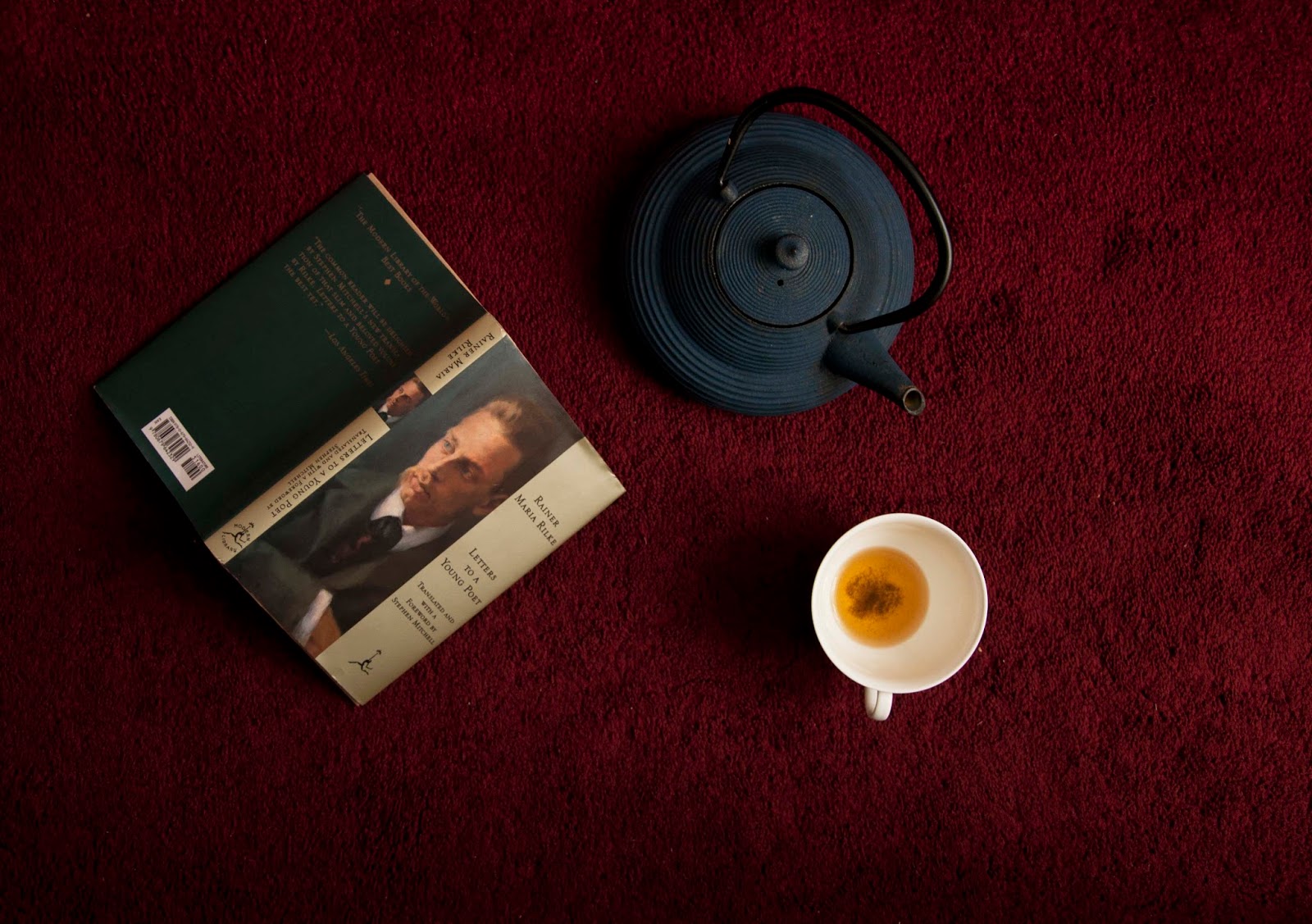 "No one can advise or help you--no one. There is only one thing you should do. Go into yourself. Find out the reason that commands you to write; see whether it has spread its roots into the very depths of your heart; confess to yourself whether you would have to die if you were forbidden to write. This most of all: ask yourself in the most silent hour of your night: must I write? Dig into yourself for a deep answer. And if this answer rings out in assent, if you meet this solemn question with a strong, simple 'I must,' then build your life in accordance with this necessity; your whole life, even into its humblest and most indifferent hour, must become a sign and witness to this impulse. Then come close to Nature. Then, as if no one had ever tried before, try to say what you see and feel and love and lose"

The prompt that one ought to read Rainer Maria Rilke’s Letters to a Young Poet was like a signpost one somehow managed to walk into often. Yet I hesitated. After all, it is easy to start enjoying walking into the same signpost than doing something about it. Familiarity, as they say, is addictive. Then I came upon some of Rilke's poems and they moved and piqued curiosity towards his famous letters. I enjoyed reading the book so much I am going to write on it a couple of times here. I mean to take a favorite passage from each of the ten letters and share some thoughts on them here. So let’s start with the above passage from the first letter.

Certain people seem to know their place and limit and certain people seem to know this limit only when they stumble into it, and since there is no such thing as place, there is no such thing as knowing one's place. These stumblers would locate as home the mind, may say they are working on making home the heart, too. All they have to lose is all that never was or is theirs. Somehow the lesson learned from every cycle of repetition is, there is no such thing as possession. Nothing ever was and nothing will ever be mine. Thus one try doors not with the certainty that they will open but with the curiosity of how the act itself will open one. In these trials and errors,  the unfamiliarity of living in the heart is amplified as the eardrums seem to relocate to that horrific part in the chest.

At home in the heart one trembles often in slippers that are ever slightly uncomfortable. Here, fear, a consistent companion is only an over-protective mother. But life ought not to be lived as though one were flesh, rather as one would wish to remember. Even when memory cannot bring one to the mind of anyone living. These placeless dwellers are known to have copious affairs with word. They flesh word and steal flowers from their diligent neighboring gardeners to woo it. They fight word, passionately, hurling their poor parents--who deem them lost causes--expensive chinas at it. They dance with word in bare feet, flirt sincerely, banter shamelessly, and toast it in drunken humor-- raising dainty tea cups and screaming loudly in the mind, their lips keeping shut the ever ongoing event and their eyes, brightly lit gauze curtained windows, exhibit the dancing shadows of their innards. They whisper to word secret dreams and word's silence affirms its understanding. On nights when the moon, full, performs seductively from rich velvet darkness, they mount the rails of city verandahs or climb up to rooftops with only word next to them, throw back heads and howl in appreciation.

But they are dead, and word proves their fleshless-ness.  Their bodies have decomposed years gone...fishing. No one who loved them lives still to remember the spark that sung in their smoldering eyes. And whether or not their names breathe on the lips of strangers is no matter. The matter is they swam the breeze and inhaled the cold salty-sea; stroked soft silky budding roses, grazed by sharp obscene thorns and studied in mesmerized fascination red pearls bubbling out of skin.

What impresses most about Letters is the time, thoughtfulness, and care Rilke worded to Franz Xaver Kappus, a then nineteen year old military student. The translator of my copy, Stephen Mitchell, says  Rilke’s attentiveness could be owing to Kappus association with a professor that Rilke had liked. Mitchell says also that because Kappus was writing from “the military school where Rilke had spent the most painful years of his life--a period he was later to call ‘one long terrifying damnation’--there must have been a special poignance for him in the young man’s confusion and request for help…And one does sometimes have the strange feeling that Rilke is writing, across time, directly to his younger self, that desperate, miserable boy” (ix-x). If the care Rilke took in choosing words for Kappus, was owing to his ability to imagine himself as Kappus, this is fantastic! Even the more so when his placement of Kappus is within a state that was painful to himself. Certain people have not the interest to revisit anything slightly uncomfortable. To be able to go back to a place of pain, not for self but so to extend a hand to another in place of self is quite incredible. It takes a particular person, one that has perhaps managed to discover the silhouetted beauty of pain, and, though, knows her to be cold, is appreciative of the rich gifts she always brings--at least from hindsight.

Although the above passage is a succinct advice on the mental preparations necessary for one to learn if one is meant for the craft of writing. It seems the advice is not only true for the writer but for all forms of artistic paths, as well as the art of living. For surely, to live truthfully one must learn to live in love with life, entwined and ever enchanted by its wondrous now. To do this, is it not a good advice that you must:

"Go into yourself. Find out the reason that commands you to [live]; see whether it has spread its roots into the very depths of your heart; confess to yourself whether you would have to die if you were forbidden to [live]. This most of all: ask yourself in the most silent hour of your night: must I [live]? Dig into yourself for a deep answer. And if this answer rings out in assent, if you meet this solemn question with a strong, simple 'I must,' then build your life in accordance with this necessity; your whole life, even into its humblest and most indifferent hour, must become a sign and witness to this impulse...try to say what you see and feel and love and lose."

I will end here with a poem I recently enjoyed. It is Bukowski’s--of whom is said started writing poetry at age 35--advice on how to become a writer:


So you want to be a writer


if you have to wait for it to roar out of
you,
then wait patiently.
if it never does roar out of you,
do something else.

if you first have to read it to your wife
or your girlfriend or your boyfriend
or your parents or to anybody at all,
you’re not ready.

don’t be like so many writers,
don’t be like so many thousands of
people who call themselves writers,
don’t be dull and boring and
pretentious, don’t be consumed with self-
love.
the libraries of the world have
yawned themselves to
sleep
over your kind.
don’t add to that.
don’t do it.
unless it comes out of
your soul like a rocket,
unless being still would
drive you to madness or
suicide or murder,
don’t do it.
unless the sun inside you is
burning your gut,
don’t do it.

when it is truly time,
and if you have been chosen,
it will do it by
itself and it will keep on doing it
until you die or it dies in you.

there is no other way.

and there never was.

Next in the series:
+ Between the Pages of Letters to A Young Poet by Rainer Maria Rilke II