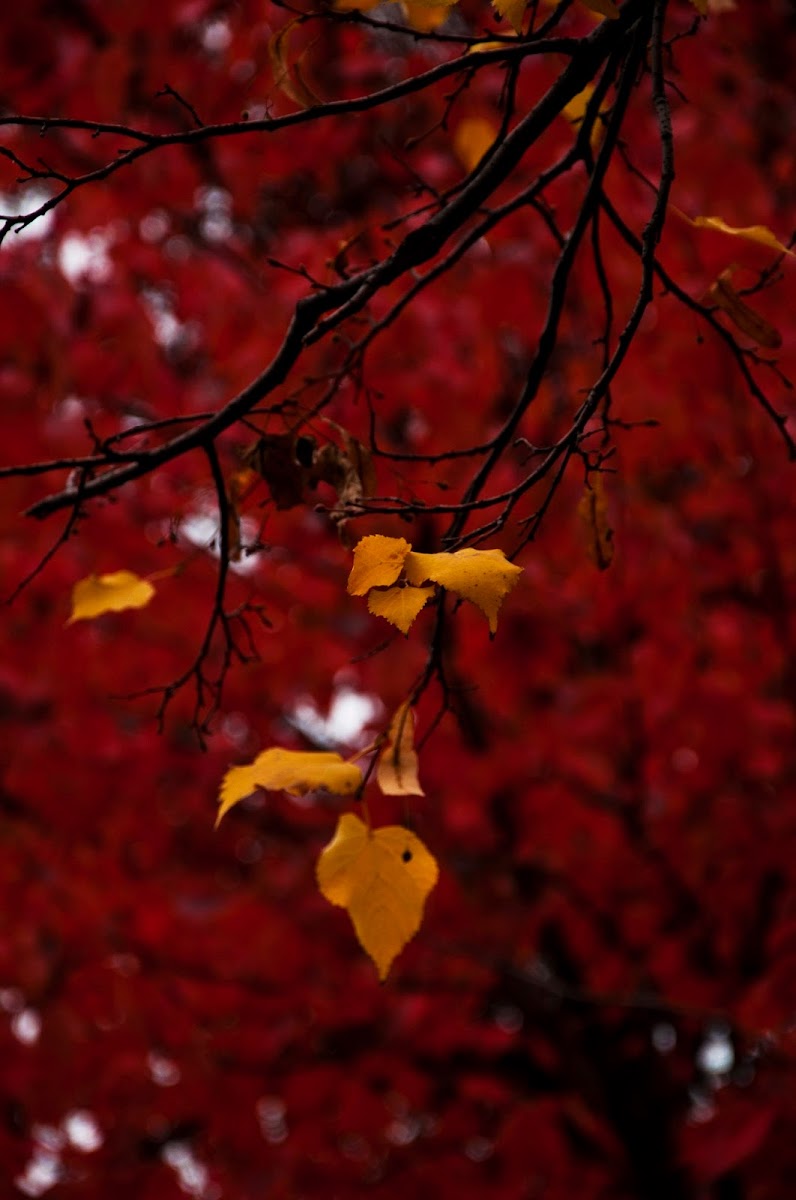 Remember when I said the state of my imagination can best be described as in constant haywire? Good. I think a good education requires a healthy imagination and curiosity about that which cannot be watered down into language; that which can only be truly appreciated in sensing and feeling in its undiluted form. I have this not so new theory that we can reach one another through our thoughts. Not that we can read each other's mind (though I would not be surprised if it was possible. Snape was pretty good at it), but that we can somehow connect with others through, for lack of a better phrasing, our thinking. Not mere uninterested thoughts, something more electric. And by electric I mean a thought produced by genuine desire. The issue with talking about these things is that not many people can participate without a deaf ear to everything and an acute interest in diagnosing the mental health of the speaker. But I am not afraid of appearing mad. In fact, I have arrived at the thinking that we are all mad. Just in different ways. A few days ago, I mentioned this perspective of mine to a friend, who is a subscriber of logic-and-if-it-cannot-be-proven-why-are-we-even-discussing-it? He dismissed it, of course. Said something about not believing in witchcraft and blah blah blah. It is amusing and frustrating how quickly we dismissive that which overwhelms us or forces us to admit how very little we know. But I have a good reason for believing this theory. And whether or not I convince you of it is not my goal. I just want you to consider it. To just think about it. Ask your yourself, what if? I mean it does not hurt you to wonder. And as long as you do not talk about it, no one will call you nuts. All it does is make you zone in a little more on your own thoughts; inspect them through a different lens; pay attention to what you desire, how you desire it, how you think of it, and how it shapes outside your imagination and into the corporeal.

This way of conceptualizing my thoughts first came to me when out of nowhere I started thinking quite frequently about someone I had only known very briefly and did not even think I cared anything for. He had been out of my life for months without crossing my mind.  We were never friends, and although I had found him very kind and interesting, I also had some not very nice suspicions about his character which made him somewhat unappealing. I was, therefore, very surprised when I found myself addressing others by his name. I became even more surprised when I started thinking about him quite frequently. Feeling overwhelmed by the situation I brought the subject to a peer. My mate suggested that perhaps this person was thinking about me. Interesting theory, I thought. But how could that be possible? And yet how could it not be? One minute I had zero thoughts of this man then the next minute it was like he had moved into my head, uninvited. And everything I did to make him leave, he resisted.  I talked to another friend about my dilemma and she said that maybe this person made a genuine impression on me subconsciously and I was now becoming conscious of my feelings. It made sense. But still how is it so? I had not even seen him in ages.  Then one day, out of no where I run into him. And I knew it was him even before he turned to face me. Even though his looks had slightly altered. It was a weirdly interesting experience. After the incident I found myself giving more thought to the suggestion that my imagination had been possibly inflicted by a fascination with this person, just by their thinking of me. A most curious theory! Yet despite the complexity that arises when one tries to make this theory logical, I soon realized that not overthinking things lend it a simplicity that made it feel very true and quite ordinary. What if it is indeed the case? What if we propel others into our realities just by our thoughts of them? I know my body responds to my thoughts. Just yesterday I was thinking of moving my head  but my head moved almost instantaneously. Unfortunately my neck was not in a proper angle and I hurt myself.

After this arresting phenomenon of my possessed thoughts, I started giving more attention to my mind to see if my private imaginations about other people summoned any visible occurrences into actuality. And I found plenty. It is like a secret radio station that once discovered never shuts down. The moment you become aware of it you are always tuned in. Though it still required attention to notice what is being played. I realized almost immediately that every time I had strong urges to reach out to my best friend, she ends up reaching out to me. And in the case that I reached her first, she often informs me that she, too, had been thinking of me.  But this was not just with my best friend. I noticed it happened with several other people. I run into people that I had found myself suddenly thinking of, or they reach out to me. For instance, the friend that I had shared my theory with, the one who started freaking out on me and talking about witchcraft? I had thoughts of him the night before he emailed me. I was thinking to write to him and see how he was doing. But I got distracted the next day and totally forgot to check in on him, and he wrote to me instead.

Last week after class, I run into an old friend in a very unlikely place. And guess what?  She had been  lately in my thoughts. I had been meaning to write to her and see how she was doing. She used to live in my neighborhood but had moved away and I wanted to see how she was and how she was finding her new neighborhood. Usually I took the local train all the way home but on this particular day someone got sick and the train came to a standstill, luckily at a station where we could get off and take the express train. Although I was happy to stay put  in the unmoving train, my classmate wisely pointed out that we did not know how long it would stay stuck. So we hopped onto the express train. Then I got off on another platform in the city to transfer to my homebound train. It was there that I saw a bright red jacket that reminded me of my friend's. And I was about to dismiss it, thinking I was probably assuming it was her because she had been so often in my present thoughts.  But then I noticed the peculiar manner in which her hair was braided and the manner in which she carried herself.  She turned slightly and I saw the side of her face. Yes! It was her. As soon as I made her aware of my presence I run to her. She had been thinking of me too! she told me. Even before I mentioned to her that I too had been thinking to contact her. She said she had been meaning to take another train that evening, but something made her take the one that brought her to our place of meeting. "It is you!" She answered herself laughing. I laughed too and did not argue. But is it really me? or is it her? or it is the both of us? or is it really merely a coincidence? I do not believe in coincidence.  I have more examples, some very personal, some more fascinating than others but they all follow a similar pattern: they start in the form of a genuine concentrated thought on someone or something with a clear genuine desire and they emerge into real form, without warning, days after.  And it often feels as though I reached out to these people merely through my thoughts, or that their thoughts flowed into me to become thoughts of them, and these thoughts summoned us both into the same physical space.
-
Jane