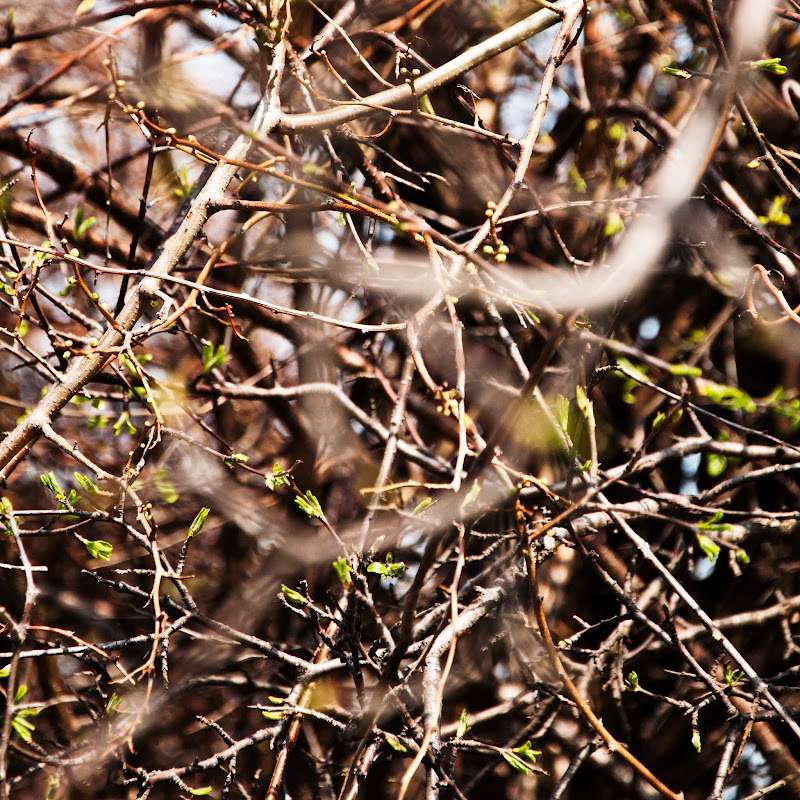 Black is an ardor.
Color moving as
wholeness—yellow migrates blouse to light handle to bell green
migrates button to satchel to wall blue migrates coat to sea to night
sky—finds an order. Black is

Fatback sliced on a table is a block
of pink stripes falling
open as a story’s pages
bout to be sliced and served.
Please, pass me the last bit

of summer. August’s green
glide into overlays of gold
shivers of goldenrod borders against a shirring sun-gilt pond.
Here I sit. See

if you can’t find Jacob’s process
in the snake-anxious way I crossed the grass
to get at shade—
I’m still southern—
in the silvergrey whisper of underleaf
the breeze brings up.

is the sky at the top of
a labor camp stairwell
holding the moon. Or

is green the door the yellow
moon a large bright knob
to turn to exit these quarters?

if yellow is a question—:

of travel of red
of orange alerts—:
key suddenly
something from the bottom of the pond

something as simple as caution
or koi—:
at first one giant
one. then
the vibrancy beneath the surface splits.

I realize—
and one flips its silver-bellied self
out of the water— praise my recognition—
belied.

I’m dying to say each soul
almost isosceles
in her flair, in his onward press
slants in slant rhyme to Mississippi’s mouth—:

to make a seam—

What’s true about this man at 23?
He’s gone: to books in fall, to studio
in spring gessoing boards with Gwendolyn
with whiting and rabbit skin glue to keep
the fibers of a story in his head
set when it’s cooled and dried. He moves to set
its rhythms to a palette set its tones
in casein colors. What it means to move—:
prepare. Then let the living thing beneath
a scene still breathing breathe, as memory does,
alive, beneath the egg, and milk, and pigment—:
Four hours in the street a body lies
betweendimensions—: Jacob’s :— north whose figment
the finished :— panels draw him—: south :— he flies…

Write about movement where it is most still.

Black
is arduous: in riot a raised baton in burning
building what’s behind the cracked window.

The SWAT van that appeared suddenly and sat for twenty minutes outside your house drove
you from porch to pond. You wondered where a sister might find some peace though you know
you never use the word sister like that. You wrote where I sister might find some peace then revised
it. You’re telling the truth—a correction. The I in you corrects. It rises like something from the
deep. You’re not even at the pond anymore but still you want to feel outside like you want to
write rise over run. You’re in a rush to work some delta in
if you’re me

Second Fig by Edna St. Vincent Millay Safe upon the solid rock the ugly houses stand: Come and see my shining palace built upon the sand! --- There has been a little conversation between myself and Edna St. Vincent Millay’s speaker in “Second Fig” for months now. Sometimes I would forget to think or talk to her for days or even weeks, then run into her riding the shades of a slow afternoon or merging with the shadows of an eerie night. Most recently, though, I have been finding her lisping within conversations shared with others and reading her on pages here and there. The thing is, often, in polite society, we speak only of our minor headaches in such ways that arouse neither genuine pity nor concern for our wellbeing but shine a dim light on our shared struggles in the search of infinite satiation. And this is why the lines of “Second Fig” are irritating––they are shamelessly honest. They can even be called coarse in that they seem to mock and brag simultaneously withou
Keep reading

via You know this one, but I am sharing it all the same, and perchance reminding you of it as I, too, was reminded.  I stumbled upon a photocopied version while I was trying to get rid of some books for some  much needed space. It was tucked in one of my English notebooks from high school. I hoard books; notebooks included. It is pathetic, really, but it is a habit that I'm rather proud of. To the poem then: The Road Not Taken by Robert Frost Two roads diverged in a yellow wood, And sorry I could not travel both And be one traveler, long I stood And looked down one as far as I could To where it bent in the undergrowth; Then took the other, as just as fair, And having perhaps the better claim, Because it was grassy and wanted wear; Though as for the passing there Had worn them really about the same, And both that morning equally lay In leaves no step had trodden black. Oh, I kept the first for another d
Keep reading