Off Broadway Play Review - Peter and the Star Catcher

April 05, 2013
Written by Rick Elice and directed by Roger Rees and Alex Timbers, Peter and the Star Catcher  is the most hilarious play I have yet seen. They are terming it 'a grown up prequel' to Peter Pan and it is true, especially since it is full of naughty puns. The cast, fully grown men and a woman who act in really childish ways that get  you laughing until the tears come. 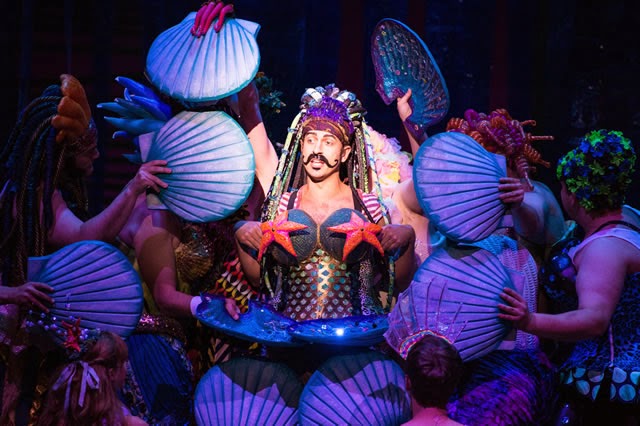 Everyone was laughing. After the first act, I thought the second will simmer down and lose a bit of the witty comical exchanges, but no. It was even more funnier. What I love most about this play is the clever ways in which the cast sometimes become props. I don't know how they make it work, but it works very well. As characters they are in your face in an exaggerated dramatical way. Think of men wearing mermaid suits with certain round, or not so round kitchen utensils stuck to their chests. There are muscles and hair and it should be gross, but is just so funny.

I suppose one could bring the children. There were plenty when I went. This is a fun play, and though it is Off-Broadway, it is actually coming to Broadway! See it if you can. You will laugh until your face hurts.