June 13, 2012
Brought to us by the Roundabout Theater Company is Simon Gray's The Common Pursuit.  Directed by Moisés Kaufman. Now showing at the Laura Pells Theater on 46 Street through the 29th of July. I saw the play on the Thursday evening of May 10th. There are two reasons why I am now doing a review so late: 1. I didn't get it. 2. I was lazy. 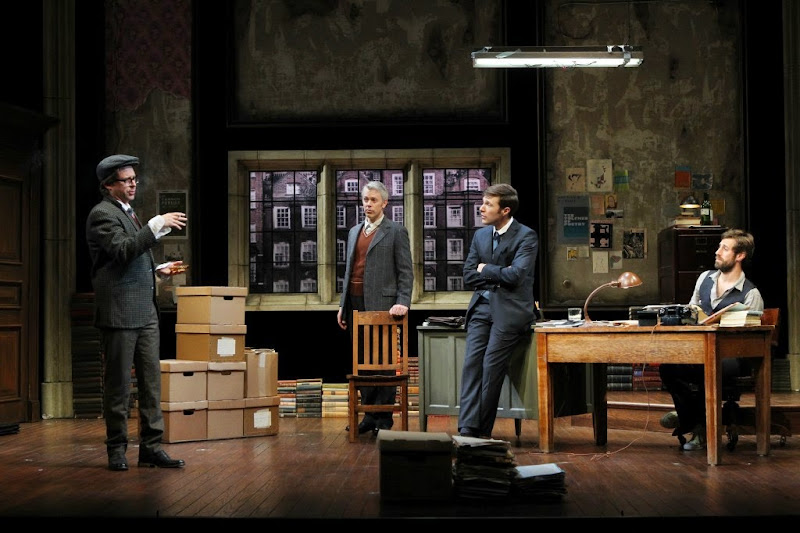 The Common Pursuit is the title of a literary magazine that Stuart started at school with a few odd peers who would remain his and Marigold's friends twenty years later. I found Humphry Taylor (Tim McGeever) very interesting. He reminds me a little of my boyfriend, though I actually think Humphry as intelligent as he appears. My boyfriend on the other hand :). Mr. Taylor rocks his own cradle of depression. He is an artist who is himself an intriguing piece of art. When he kills himself, I felt it was only proper that he should die in his own way.

Nick Finchling (Lucas Near-Verbrugghe) is amusing to observe. He's always drunk or half way there. His ridiculous constant coughs makes me wish he would just die already, oh no, not because I think he is suffering but rather because I find it annoying in a comical way. Peter Whetworth (Kieran Campion) could have been a genius if he didn't have other interests at heart. And yet it does not matter. It's hard to feel anything for these characters.

And that's why Martin Musgrove (Jacob Fishel) is stuck in my head. How did it happen? There was no indication prior that Martin was having an affair with a married woman. If anything, I was of the mind that Martin was in love with Stuart. I still can't believe I am wrong.  O_O
-
Jane
Theatre