November 08, 2011
Snape's on Broadway! Okay, but he's blond and has lost the long cape and the wand. But he's still a bitter teacher doing good in an awful sort of way that makes the people he is trying to help hate him.
At the John Golden Theatre, I saw a screening of Theresa Rebeck's Seminar on November 2nd.  I am still elated about how awesome the performance was.  Mate, I heart plays, and heart them extra if they are comedies.  Seminar is a perfect cake. Alan Rickman (Snape) plays Leonard, the once popular writer turned editor and private teacher; appears heartless and arrogant but isn't.  Hettienne Park is Izzy, the "I will sleep my way to the top" kind of writer we love to judge.  Lily Rabe is Kate, an angry rich girl whose writing is predictable and lacks depth. Then there is "the charming-name-dropping" Douglas, played by Jerry O'Connell, and the very sensitive Martin, played by Hamish Linklater. 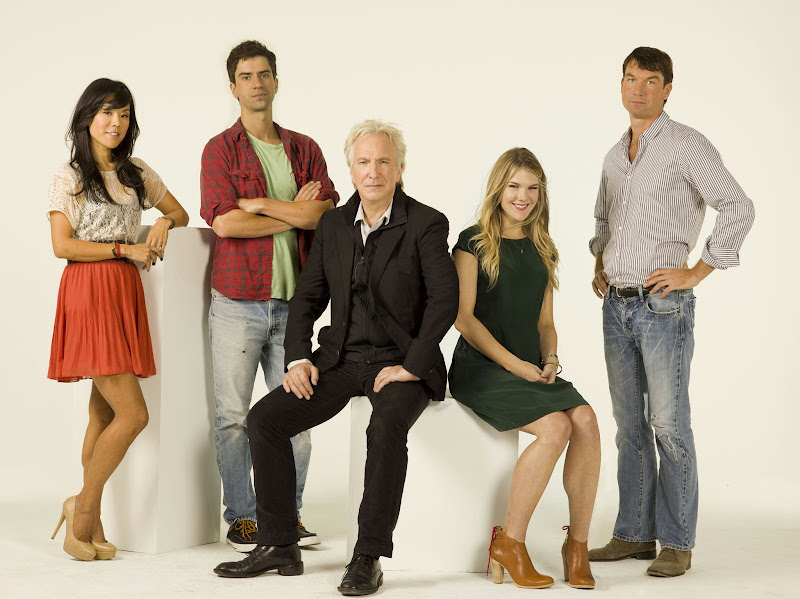 It speaks my language, being an aspiring poet and all, (don't ever say,"but it doesn't rhyme" to me. I will hurt you).  I have met all of these characters in my workshop classes: the writers who can't take any criticism, those who think they are awesome and actually aren't but won't listen to you unless you are telling them they are the next T.S Elliot.

The comedy is beautiful, hilarious and very, very relatable. I am sure you would find yourself identifying with a character or two. I don't wish to be the one who spoils it for you, so I won't. If you can, go go see it! It's wonderful and you will have the opportunity to despise then love Snape all over again. Though not as an evil wizard who turns out to be a most intriguing spy. Spoiler alert: There is some nudity. But nothing that would excite a heterosexual female.
-
Jane