Showing posts from October, 2011
Show all

Union Square's Got An Elephant Standing On It's Trunk! 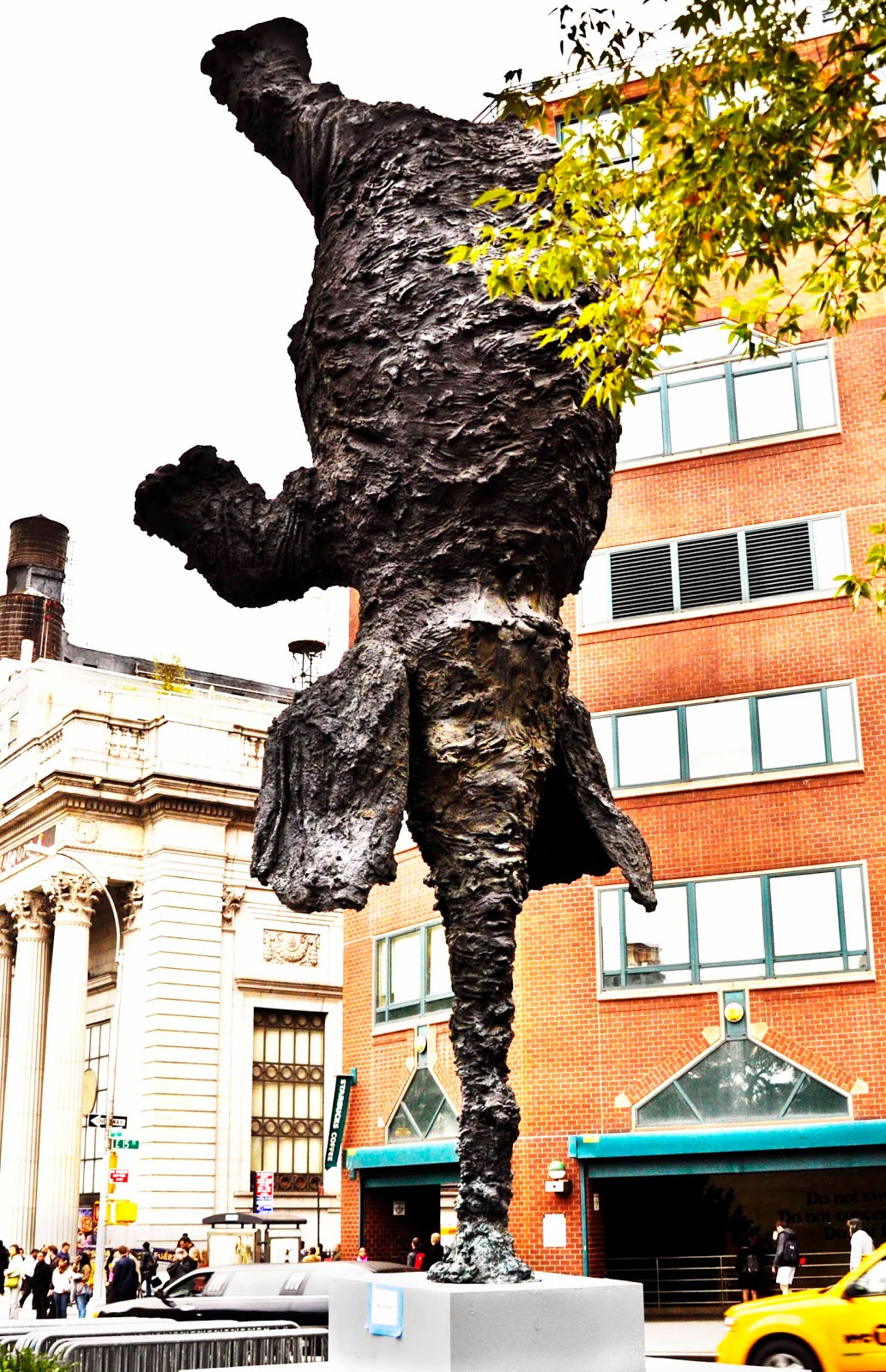 Gran Elefandret  is the title of the bronze statue by Miquel Barcelo on exhibition at Union Square. This great elephant shall remain in the air until May 2012.  Go see it! -- Jane
Post a Comment
Keep reading

Okay Broadway fanatics, it's not really showing yet. It does start on November 8th.  However, I got lucky and saw a screening at the Samuel J. Friedman Theatre last Wednesday. Venus in Fur  by David Ives is loosely based on the book by Leopold von Sacher-Masoch. It is played by a cast of two: Nina Arianda and Hugh Dancy. I believe it is my first time seeing Dancy on Broadway and I won't ever forget him now.  I knew Arianda from the Broadway play  Born Yesterday.   She was captivating then and she is even more mesmerizing now. Venus In Fur These two kept me glued to my mezzanine seat. There wasn't an intermission (probably because it was a screening) yet it moved along very quickly.  Hint: If you can, get a mezzanine seat, especially for this play. You get a better sense of things looking down. Arianda played an almost similar role to her debut performance in Born Yesterday , where she went from a childish mistress into a confident semi-educated woman. In Venus in Fu
Post a Comment
Keep reading
More posts