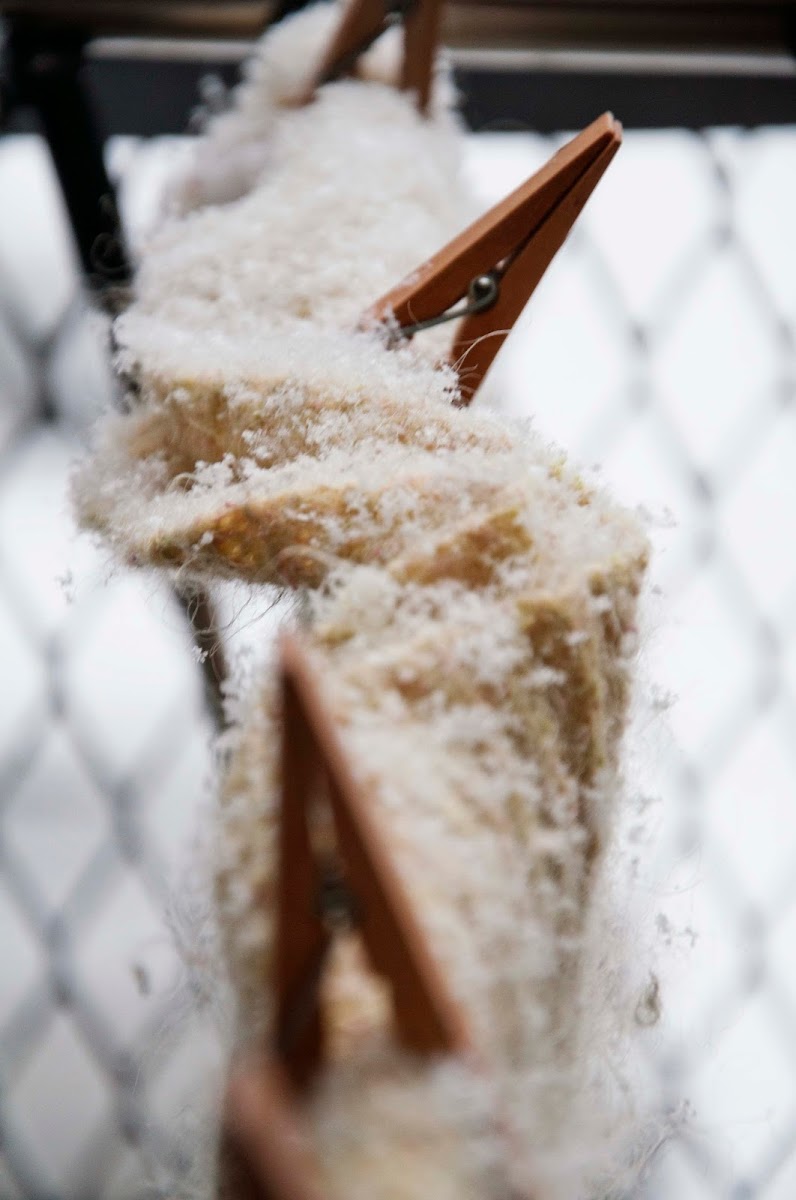 Three or two hours before the new year, I suffered the coolest food poisoning ever. The hurting was such an incredible work of art I wished to see inside my stomach and observe how the sharp pangs formed and creeped. You probably get what I am inferring at if you are able to achieve some distance from your body and its emotions. If not it is like you are standing outside yourself watching something happen to you, and although you can feel the impact, you still feel distant from it––seeing as the aches were not outrageously alarming, but frightful enough, it felt somewhat sublime. I had gotten a bit excited on the last day of the year and made a favorite wicked dish (loads of pepper!), then almost right afterwards, a shamefully rich hot cocoa, and almost right after that the delightful stomach ache. I had to retire to the loo for about an hour or so. TMI? I'm just warming up. >:) In those tender moments I felt so much gratitude for that little circle that made possible the release of all that I had previously thought a delicious celebration. I also felt immense gratitude to all who contributed to getting the WC to where it is today––such an ingenious thing! The pangs, real enough, mingled with a warm sense of contentment and good humor. Intrigued, I kept trying to understand how I could feel all of these things at once. I went to bed half an hour before 2017 feeling quite purged; the moment head found pillow I disappeared. A quite unforgettable NYE, Yes? O_O

The first evening of the year was lovely and Venus shined brightly in the company of a waxing crescent and a couple of sparkling stars in an inky velvet night. I went for a good long walk, having recovered my stomach-attack, and was happy to have my thoughts free enough to appreciate what was happening outside my head. The late winter night, teased by a sweet gentle wind, was refreshing to walk in. I admired buildings with windows full of warm lights advertising lovely stories; dark naked tree branches climbed the air in alluring silence, their still ceremony a sharp contrast to the moving vehicles that went up and down the busy street by which sidewalk I strolled. The cars vroomed, pierced the night with sharp lights, and zoomed off with visible stomachs of human beings. A year is like a car in some sense, is it not? It takes one to all sorts of places. And a year is like a road; you know February is a few miles on the way, but you do not really know if you will get to February, nor what will actually happen once you arrive in February.

Here last January I wrote of an epiphany to not merely jump into a new year just because it seems the norm. Having known some awful Januaries because I had not realized that it was not at all necessary to zap into a new year without any pause from the excitements of an old one, I was quite happy to try something different. That one can start in February was an idea that found me last year and thus January became Decemnuary: A free zone where the excitement of the holidays simmered, and the experiences of the past year could try and form their summaries. Decemnuary started as a self-facing limbo and is ending as something I cannot––yet––define.

My new year resolution is to live truthfully. And a lot of this has to do with learning to love God. Which means I am clueless. But what is obvious is the need to face my fears. To face myself. To stop running away.